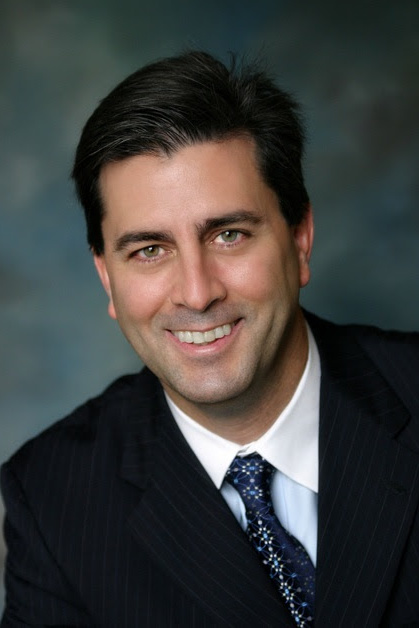 Dr. Hughes was born and raised in Herrin, Illinois. His family in Herrin goes back three generations. He attended Our Lady of Mt. Carmel grade school and graduated from Herrin High School in 1980. He earned a bachelor degree in biology From Washington University in St. Louis, Missouri in 1984 and Doctor of Dental Medicine (DMD) degree in 1989 from Southern Illinois University School of Dental Medicine in Alton, IL. After dental school, Dr. Hughes completed post-graduate training in Cosmetic and Reconstructive dentistry at the Pankey Institute, Key Biscayne, FL, and UCLA School of Dentistry . He received his initial Oral Implantology training at New York University, Manhattan, NY and I.V. Conscious Sedation certificate from University of Alabama, Birmingham, AL.

Dr. Hughes has received numerous honors and recognition for professional achievements such as an inclusion in the 2005 Guide to America’s Top Dentists. He is a Fellow in the Academy of General Dentistry, an Associate Fellow in the American Academy of implant Dentistry , and a fellow in the International Society of Dento-Facial Esthetics . In 2004 he received the Bronze Award for Cosmetic Dentistry given by the American Academy of Cosmetic Dentistry . He holds active membership in these (above) organizations as well as the American Dental Association, Southern Illinois Dental Society, and the Grows Implant Study Club (President 2006-2007).

In November 2008, Dr. Hughes and his office were featured on the cover of Dental Economics magazine. Dental Economics is a nationally published, monthly magazine featuring the leading dentists and their offices in the U. S. In 2009, he completed a year long course of advanced surgical training under the direct supervision and mentorship of Dr. Hilt Tatum. Dr. Tatum is internationally recognized as one of the best Implant and Oral Reconstructive surgeons in the world.

On October 4th 2012, Dr. Hughes received the honor of being recognized as a “Diplomate” of the American Board of Oral Implantology in Washington, D.C. at the annual meeting of the American Academy of Implant Dentistry.

In 2013, Dr. Hughes became a Fellow of the American Academy of Implant Dentistry.

Because of Dr. Hughes’ interests in making dental visits easy and comfortable, especially for the most anxious patients, he is licensed to administer Intravenous Conscious Sedation.

Dr. Hughes has two beautiful daughters, Marlo and Sofia. In addition to spending time with his family, he enjoys fitness activities like hiking, running, swimming, sailing, and cycling.